Skip to NavigationSkip to MainSkip to Footer
USB-C

The Ultimate Guide to USB-C Audio

Music. It’s an immutable part of the human condition, having filled public and private spaces alike for millennia.

However, it’s only in the last couple of decades that we’ve truly been able to take the music we love anywhere we go. The technology to store and play back music has advanced beyond our wildest dreams, moving from the bulky Walkman and skipping Discman to tiny MP3 players and smartphones connected to web streaming services.

Yet the technology we use to deliver music to our ears is comparatively ancient. Having been in use since the 1950s, the 3.5 mm headphone jack has become practically universal across devices and manufacturers, leaving many reluctant to abandon what they know in favor of a potential successor.

Meanwhile, an arguably superior audio protocol and connector is gaining traction among manufacturers and consumers alike. Join us as we explore how audio interfaces have evolved to where they are today, and why the USB Type-C standard is poised to become the next big thing in audio innovation.

A brief history of audio connectors

The 3.5 mm headphone jack was developed in the 1950s as a miniature version of the even older 6.35 mm jack used in analog telephone switchboards. It first emerged in consumer devices in the 1960s when Sony used it in their portable transistor radio (the EFM-117J), and finally reached mainstream commercialization in 1979 thanks to Sony's legendary Walkman.

As the adoption of mobile phones became more widespread, so too did their use as personal audio devices. Early 'multimedia' phones such as the Nokia 5510 could play MP3s and used the even smaller 2.5 mm connector in order to save space. Many early mobile phones featured this 2.5 mm jack, meaning an additional adapter was required in order to use regular 3.5 mm headphones as it was rare for audio manufacturers to build headphones with a native 2.5 mm headphone jack. Along the way, several phone manufacturers also introduced proprietary connectors that only worked with their own branded headsets. Sony Ericsson was notorious for this.

The emergence of the smartphone in the mid-2000s brought with it the almost universal adaption of the 3.5 mm jack for audio output, led by major manufacturers including Apple, Samsung, and HTC. This not only meant consumers could use their favorite pair of headphones without an adapter, but also provided a readily-available, diverse range of third-party products which they could use to enjoy music and other entertainment on their smartphones.

The implementation of the USB-C connector in 2015 brought advantages beyond faster charging and data transfers. The versatility of the USB-C standard opened up plethora of new connectivity possibilities, one of which was digital audio output. The move towards USB-C as an audio output interface has been further hastened by the removal of the 3.5 mm jack from many higher-end smartphones as manufacturers seek to squeeze more features into their devices.

What is digital-to-analog processing?

The principal reason why USB-C headphones sound better than regular 3.5 mm headphones is rooted in the way the signal is processed. To understand this we must touch on a crucial element of the audio experience: the digital-to-analog conversion.

Unlike vinyl records or cassettes, digital music files are made up of bits of data—or '1s and 0s'—as the analogy goes.

In order for any digital player (smartphone, tablet, laptop) to output sound that can be heard by the human ear, the device employs a DAC (pronounced "dack"), or digital-to-analog converter. The DAC embedded in the device converts the digital signals into electrical signals which are sent to the 3.5 mm headphone jack, through your headphone’s wiring, and out of the drivers, resulting in audible sounds which can be heard by your ears.

The trouble with the above structure lies in the analog cable run; the length of the cabling between the 3.5 mm headphone jack and the drivers. The greater the distance an analog signal has to travel, the more susceptible it is to degradation. Headphone cables are no different, and even specialized tuning or using expensive materials can't prevent the loss of sound quality as a cable length increases.

This sampling of data remains digital and is not affected by interference or signal degradation like more 'physical' analog signals. Any noise that can disrupt the signal will only show up as a nearly-indiscernible dropout, or will be corrected by the receiver circuitry. Ultimately, this means that digital audio signals can travel a much longer distance while experiencing negligible loss in audio quality.

The key to improving sound quality minimizing the distance which analog signals need to travel along a cable, which is exactly what USB-C headphones with a built-in DAC do.

When you plug a pair of premium USB-C headphones into your phone, the phone’s internal DAC is bypassed and the audio signals travel along the headphone’s cable in digital format to the headphones' built-in DAC.

From here, the DAC performs the usual digital-to-analog conversion, with the converted analog signal only needing to travel a matter to centimeters to reach the headphone drivers. This greatly reduces the potential for signal degradation, and is the biggest advantage of USB-C headphones.

Even though digital audio over USB-C is the way of the future, compatibility across devices remains an issue. For example, one of our testing labs told us that they tested Google’s USB-C headphones with a Huawei phone using the Amazon Music app, and the app would crash whenever the Play button was pressed. This happens because Google’s USB-C headphones are tested to be compatible with their own Pixel phones, but not for compatibility with those from other manufacturers. Why?

Each phone manufacturer implements USB-C audio in a slightly different way, which means not all USB-C headsets will perform as expected.

"Pro tip: Choose a set of USB-C headphones with wide compatibility and updatable firmware so that they can be updated to support new devices."

In addition to better sound quality thanks to their use of digital signals, USB-C headphones offer a variety of other advantages: 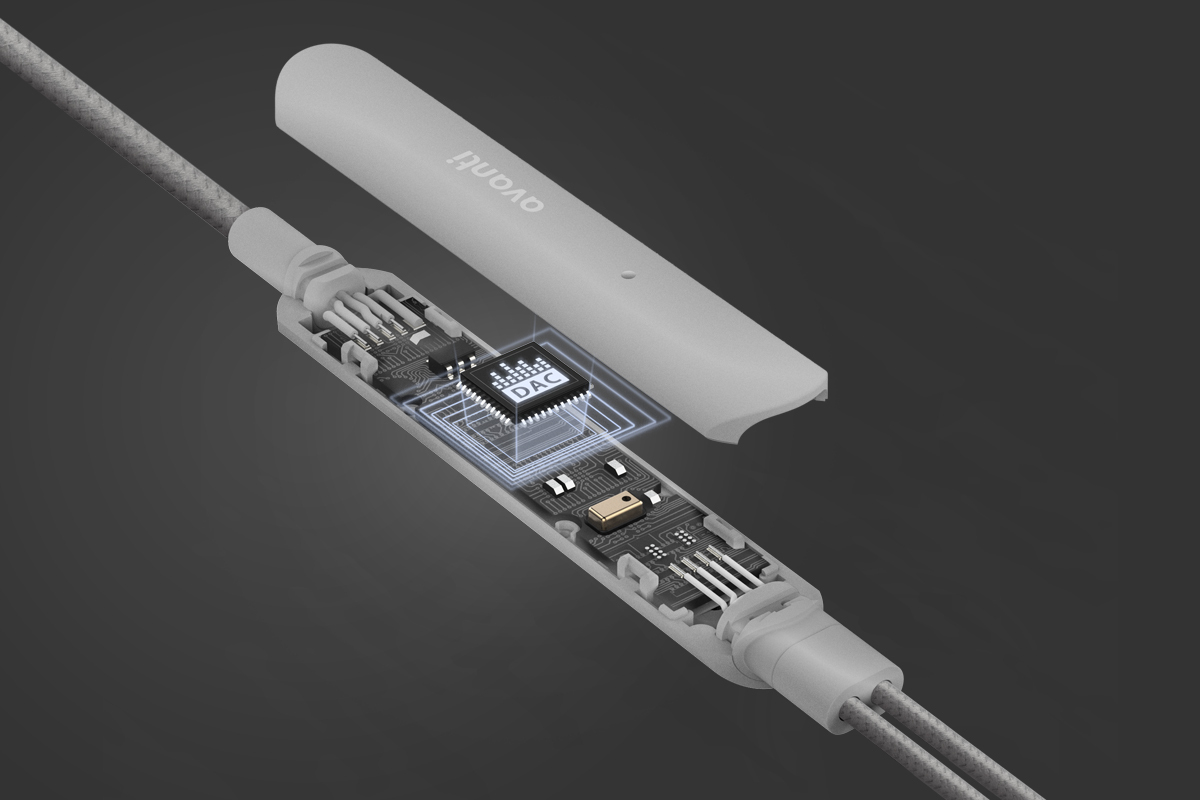 A guide to USB-C compatibility testing

Not all phones, apps, and USB-C headphones work together in the same way. We have devised the following steps to test for compatibility.

If at any point your headphones do not work (or work with one phone but not another), make a note of the task you were performing, the app you were using, and the resulting behavior. If the error happens during a call or system sound test, then it’s probably a fundamental compatibility issue and you’ll want to report it to the headset manufacturer.

How to upgrade firmware on your USB-C headphones

It’s important to keep the firmware of any device up to date, and this holds true for USB-C headphones as well. Firmware updates may include bug fixes, signal processing improvements—and most importantly—improved compatibility with more devices.

Wireless woes - What about wireless?

With the issue of battery life aside, sound quality is still among the most important considerations for digital audio, and on paper Bluetooth sounds like a good idea; after all, you’re still sending digital signals directly to an external DAC within the headphones. In fact it could be argued that Bluetooth means signals travel even shorter distances over wires than they do with USB-C headphones.

But despite the reduced distances, Bluetooth suffers from other audio degradation issues and therefore just doesn’t sound as good as a wired connection; a fact which is quite well-known among audio enthusiasts.

Standard Bluetooth headphones use a protocol known as the Advanced Audio Distribution Profile (A2DP), which significantly compresses the digital signal before sending it wirelessly to your Bluetooth headphones. Compression is by definition lossy, and if you’re listening to sound that’s already compressed, such as an MP3 file or a Spotify stream, Bluetooth applies yet another layer of compression, further reducing sound quality.

Most current smartphones and Bluetooth headphones support the newer Qualcomm aptX and/or Apple-favored AAC protocols, which provide much more efficient compression and thus better sound quality, but it’s still a lossy way of getting sound to your ears. Additionally, these proprietary formats require support from both the transmitting device (your phone) and the receiving device (your headphones), or else you’ll be dropped back to A2DP.

"Despite the reduced distances, Bluetooth suffers from other audio degradation issues and therefore just doesn’t sound as good as a wired connection."

Finally, no matter what Bluetooth audio protocol you use, the encoding and decoding of wireless signals takes time, introducing noticeable latency (lag) to the equation. This becomes evident in the form of out-of-time audio when watching videos using Bluetooth headphones.

Is high-resolution audio possible over wireless?

Newer proprietary protocols are available which work over Bluetooth—such as Qualcomm’s aptX-HD and Sony’s LDAC—which promise 24-bit audio at higher bitrates and with less compression. Even though these protocols are still considered to be lossy, the resulting sound quality is still too high for most people to be able to notice any considerable loss.

While more and more smartphones are supporting aptX HD, support isn’t universal across headphones or earphones; even less so for LDAC. You may need to make a significant investment in a new smartphone or Bluetooth headphones (or both) in order to get high-resolution audio without wires.

While the convenience and almost near-universal ubiquity of the standard 3.5 mm headphone jack has made it the go-to for wired mobile audio even well into the 21st century, USB-C brings a number of enhancements which make it a viable contender as the new standard. Offering improvements in sound quality, connectivity, and functionality, USB-C has the potential to satisfy a range of usage scenarios and listener types as more than just a new option for plugging in a set of headphones. Check out Moshi's range of USB-C earphones and headphones to find the perfect listening solution for your mobile audio needs.