Skip to NavigationSkip to MainSkip to Footer
Charging

Improvements we'd like to see in the stock Apple Watch charger

When you purchase a new Apple Watch, also included in the box is Apple's standard magnetic Apple Watch charger. This charger is only intended to offer the most basic functionality required to keep your Watch charged up from day-to-day, but we believe that there are several ways in which this charger's design could be enhanced to improve the user experience and reduce the risk of mishaps while charging. 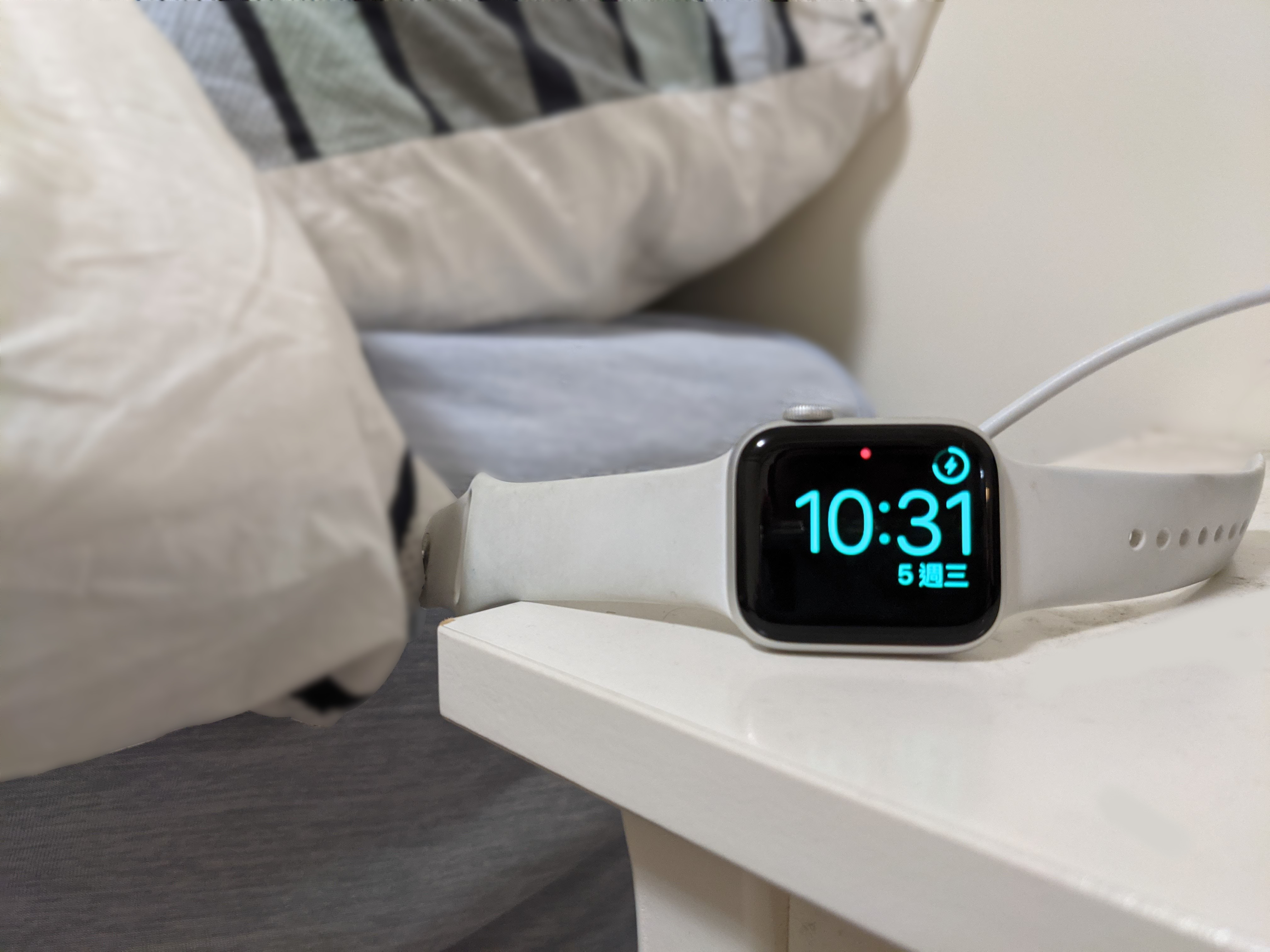 Nightstand mode is possible with the stock Apple Watch charger, but stability can be an issue.

One of the biggest flaws in the design of the Apple Watch charger is that it doesn't always stay put on your table or desk. The relatively light weight and small size of the charging pad itself, combined with the weight of the cable, means that it is not only hard to keep the watch facing upright while charging, but the whole charger can easily slide off a table, taking your Apple Watch with it and risking damage to the screen or other components should it hit the floor or other objects at the wrong angle. At the same time, because magnets are used to hold the Watch to the charger, removing the Watch after charging is essentially a two-handed task, detracting from one of the main benefits of wireless charging. We'd like to see a larger, heavier base and a flat cable to help keep the charger firmly planted during use.

We've previously written about the hidden magic of the Apple Watch's Nightstand Mode which turns your Watch into a handy bedside clock. This mode requires the Watch to be upright and on its side while charging, which although possible to achieve with the standard charger, is difficult to achieve and can be knocked over easily. Most people wanting to take advantage of this neat feature will end up purchasing an additional charging stand to get the most out of Nightstand Mode. A future iteration of Apple's stock charger could include a hinge or a flattened side edge which would be more stable when holding the Watch upright. 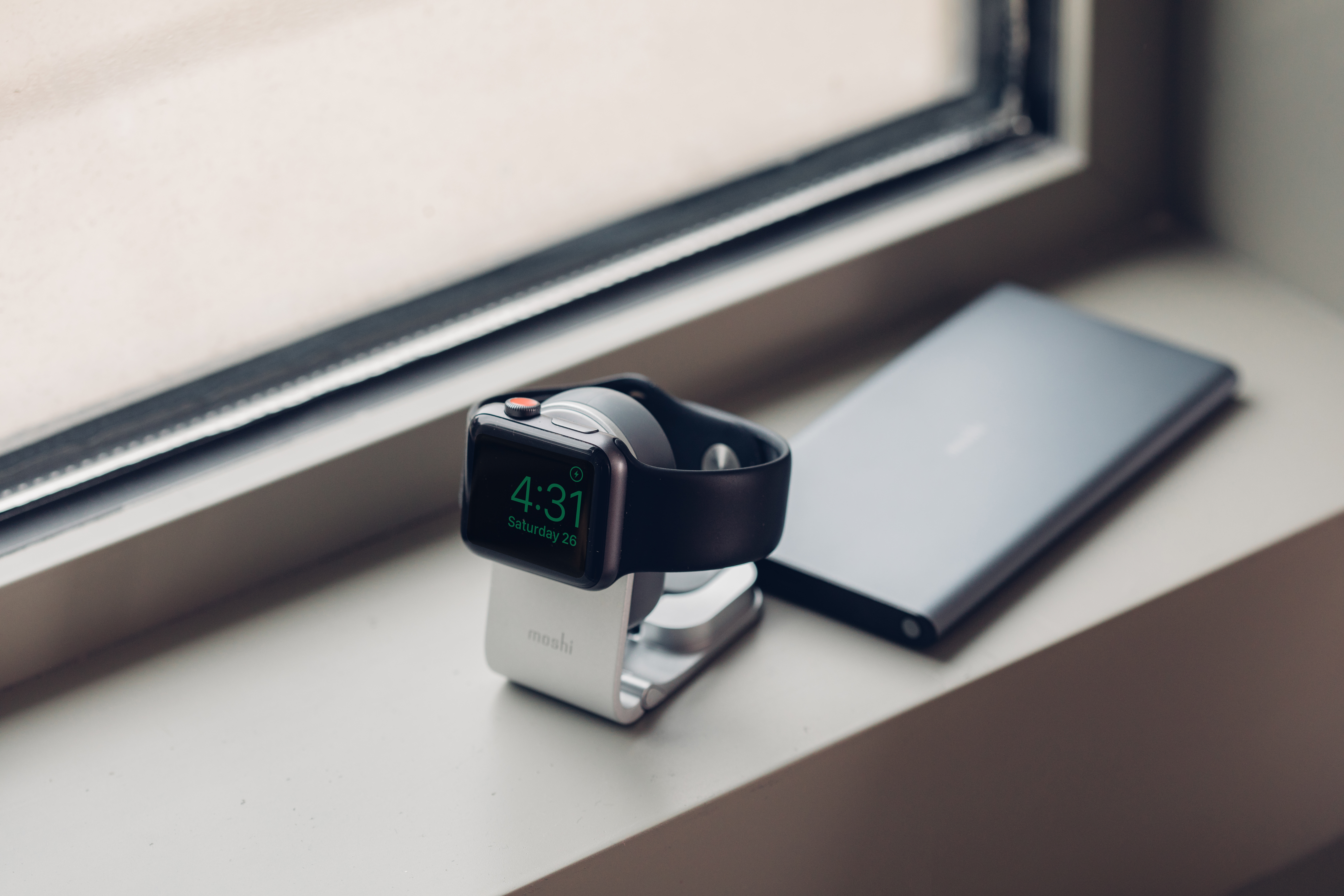 When charging in and upright position, the Apple Watch enters Nightstand Mode, displaying the time, date, and alarms when the screen is active.

Although the 1 m cable on the standard Apple Watch charger helps you reach further while charging, the cable itself is prone to tangles, especially when thrown into a bag or backpack with other gear. The cable can also entangle itself among the myriad of other gear on a standard desk or bedside table, which besides looking untidy can also make it difficult to find the right cable when you need to plug it in. While we don't see Apple including a truly wireless solution for free in the near future, we'd welcome some kind of cable management feature such as a coil or strap to keep the cable organized, especially when not in use.

Get with the standard

We're sure this is rather wishful thinking, but we would ultimately love to see the Apple Watch adopt the Qi standard for wireless charging. Currently, the Apple Watch uses a proprietary wireless charging protocol which is totally incompatible with Qi, with the result being that you'll always need to have a separate charger with you just for your Apple Watch, while your other devices such as an iPhone or AirPods will happily charge on any Qi-certified pad. Imagine the convenience of being able to simply lay your Watch down on the same wireless charger you use for your other devices, or on a public charging station at a coffee shop, airport, or hotel for charging; it could be argued that the ubiquity of Qi-certified charging solutions available could enable Apple to totally remove the charger from the box if the Apple Watch were to support Qi wireless charging.

Of course there are many third-party charging solutions available for the Apple Watch (including from Moshi), each with their own benefits, and in fact, some Apple Watch users may be content with the simplicity of the included charger. We still think that some small improvements in Apple's own accessory would go a long way in improving the overall Watch experience, further distinguishing Apple from its competition in the wearables market.